December 03, 2019
This week, we follow the twists and turns of an odd love story, Ishtar and Dumazid, who despite the sometimes questionable nature of their relationship were considered the archetype of lovers in ancient Mesopotamia

Ah! Divine marriage did not make it into the show! I meant to have a section on it, but forgot. I even promised I would get to it in the show! 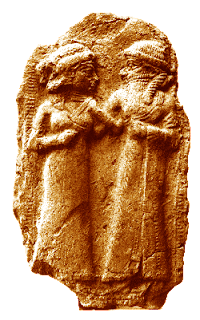 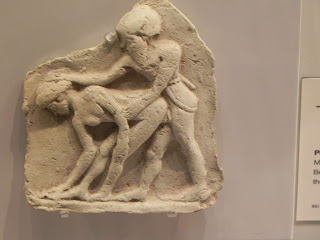 Also, Dumazid gets a mention in the bible under the name Tammuz, this is an artwork depicting Ezekiel 8:14 in which the hebrew prophet encounters pagans celebrating (mourning) the ritual return of Tammuz to the underworld. Bonus fun fact, the Jewish lunar calendar still has a month named Tammuz in reference to Dumazid. These stories really did have powerful cultural resonance in days long past. 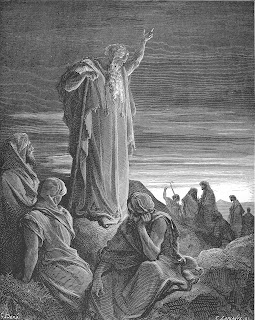 Also the farmer vs Shepherd thing needs elaboration. There are a few iterations of this kind of story just in the cuneiform corpus, including one that will show up when I do an episode on wisdom literature pretty soon explicitly titled debate between farmer and shepherd. And here so soon after the dawn of agriculture, relatively speaking, with so much of the population engaged in pastoralism, it was a particularly relevant conflict, sometimes just in terms of finances and words, sometimes in terms of actual open warfare, see how when god selects Abel the shepherd over Cain the farmer, which is universally how the stories seem to end, at least those I have seen, and the farmer literally murders the shepherd in anger. But don't think for a second that this was an issue confined to the bronze age. As late as the 18th century CE in Britain the debate was still raging with the fights over the enclosure laws that restricted ranchers in favor of farmers. Why do all these stories seem to select the ultimate losing side? I don't know, though for sure it probably didn't seem so conclusively like the losing side from a bronze age perspective.

Also the creepy story, I need to clarify that it is badly broken at the end and the ending is my own interpretation, judging from the general tone and the way things seemed to be going. There could well have been a humorous reversal at the end, I hope there was, but my best guess from the clues we have is that Geshtin-ana is violated by her brother and we are meant to laugh at his foibles. Which makes it even harder when at the end she undergoes torture for him. This may have been a one off story told at their expense, or maybe in the lost stories Geshtin-ana is her brothers hidden mistress, or any of many other possibilities. I read recently that we have maybe as many as 2 million shards of cunieform, of which only thirty to fifty thousand have been translated. It makes me want to quit my job and become a cunieform translator.

Also, I got fewer audio burps this episode, I am working on improving the audio quality still, but for now I hope you can focus on the story more than the many many flaws in my delivery. Let me know if there is anything you would like to see me improve on or focus on in these episodes. Thanks again for listening.